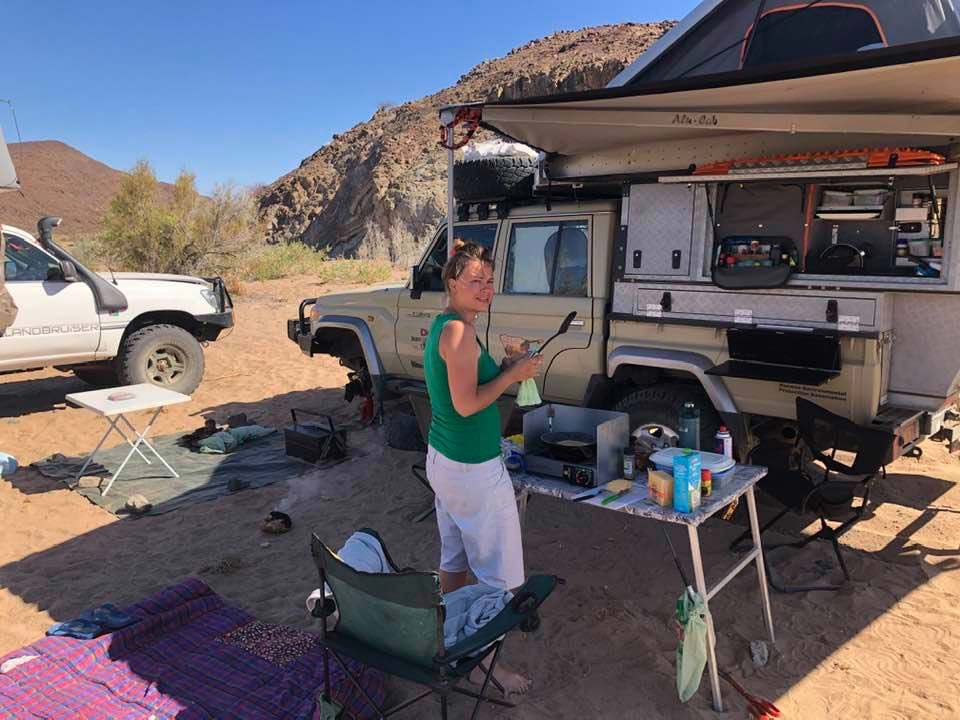 On day one, 23 rd May we discovered this freshly killed Bull carcass in the swamps West of White Lady Lodge. Soon the two Ugab Lionesses, Nala ( Cheeky’s daughter) and Tsumi, Missy’s daughter) revealed themselves as the responsible huntresses. No Early warning had been given to stakeholders despite the ( both collared) Lionesses close proximity to potential conflict area passing an early warning tower on their way there...

They were quite alert and skittish due to high vehicle traffic in the Ugabriver over the long weekend. They were observed being particularly disturbed by people sitting on rooftops while driving in the riverbed and loud voices.

They wey were both in good condition and despite being observed mating with the male, Doros ( Tsumi’s brother) in February, neither Lioness was evidently pregnant nor lactating.

This could indicate that they, or the male, might be sterile as they have mated often before are already about five years old.

The grey bull, along with two others have been roaming the swamp area unattended and wild for a few years and had never been kraaled at night as per trail camera night footage so no compensation is justifiable.

Missy and Cheeky had been translocated to Naankuse in 2018, sterilized and are now captive tourist attractions despite promises to release them back after six months by Naankuse and the Ministry of Environment, Forestry and Tourism at the time. Nkosi, the male and three cubs died in transit during this same translocation to Naankuse....

A huge loss for conservation as the females had superior genes now lost to the pool forever.